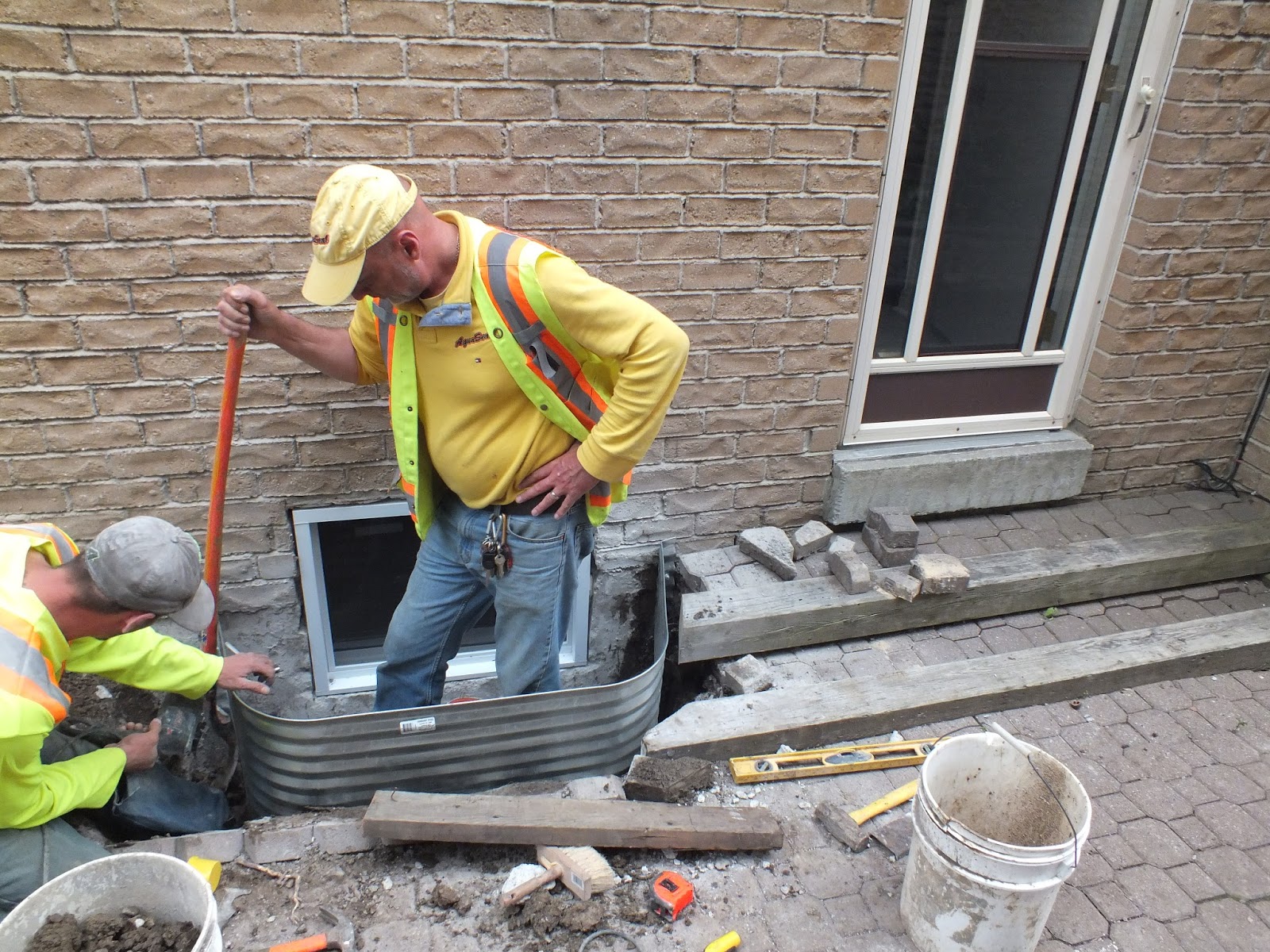 How to Prevent Basement Window Wells from Flooding:
Having windows and window wells in your foundation makes a huge difference in your basement.

First, they let in natural light. That’s not usually enough to completely illuminate the basement space but it does prevent the place from feeling like a dungeon.

Also, windows allow for ventilation in the basement and prevent a stuffy, musty atmosphere.

If the home has an emergency egress window, it creates a means of escape from fire or other disaster, especially when the basement is used for living space.

However, windows also represent a breach in the foundation wall and, if the window wells are flooding, that water can end up in the basement. So, how can this be prevented?

Preventing Basement Window Wells from Flooding:
A properly designed and installed window well will be sized appropriately for the window, bolted securely to the foundation wall and feature a functioning drain that carries water into a drain tile system or out to daylight.

If any of these features are missing or compromised, the window well is likely to flood.

A wrong-sized window well is a rare occurrence. As long as the window well liner is wide enough to be attached to the foundation wall and not the window itself and high enough to extend above ground level it should not present any problems.

If, however, the liner becomes detached from the foundation wall due to rusted or corroded fasteners or improper installation, then soil pressure can widen the gap between the loose liner and the wall and force water into the well when the soil become oversaturated.

Fixing this requires some digging and either reinstalling or replacing the window well liner, ensuring that it is solidly attached — well worth the effort.

The most common reason for window wells flooding, however, is a clogged or missing drain. A window well should have a central drain that is either connected or leads to an interior or exterior drain tile system or to a line that runs to a storm water drain or out to daylight.

Sometimes, in “quick-and-dirty” construction or remodeling, a contractor will slap in a window well without a drain simply to allow light in through the window. This is obviously not a good idea because the first heavy rain is likely to turn that window into an aquarium.

More often, the drain is there but becomes clogged with debris such as leaves, soil or landscaping materials. This will cause the drain to run slowly or not at all.

Obviously, the only cure for a missing drain is to put one in. Preventing a drain, either new or existing, from clogging is not as simple as installing a window well cover and of just adding some stone.

Window well covers are often misinterpreted as a means of keeping water out of a window well – blame those inexpensive plastic bubbles from the hardware store for that. In fact, a window well cover is intended to keep debris out of the window well, prevent weed growth and serve as a deterrent to small animals making their home there.

Skip the plastic bubble cover – they rarely fit well, break easily and often create a “terrarium” for weeds in the window well. The best window well cover is custom-made for a specific window well and made of steel-reinforced polycarbonate plastic.

They will stand up to sunlight and bad weather and provide lasting protection for the window well, the window itself and, ultimately, the basement.

At Aquaseal Basement Waterproofing, we suggest all home owners should test all there existing window wells annually by lowering a actual garden house without a attachment gun and running water wide open into the well up to minimally 20 minutes to test properly. A garden hose test will represent a average to above average rain fall and you window well and drain should drain away as fast as you put water in from you garden hose wide open. This test will tell if you should bring in a professional window well drain specialists or basement waterproofing contractor.

AquaSeal first started out in 1988 and quickly grew to be a leading basement waterproofing company in Southern Ontario. Since then we have repaired over 120,000 foundations. We offer you the best services at the right prices. It is our mission to be your hero. Maintaining 100% customer satisfaction has been our companies vision since we first started out.

Aquaseal is committed to respecting the privacy of individuals and recognizes a need for the appropriate management and protection of any personal information that you agree to provide to us. We will not share your information with any third party outside of our organization, other than as necessary to fulfil your request.